Putting food on the table.

Vollar has improved many aspects of Judy’s life*. She used to wake up during the night, wondering how she would eat the next day. When the opportunity to learn how to garden while earning a monetary incentive presented itself, Judy saw it as a way to solve this problem and put food on her table. Thanks to the experience, skills and confidence she gained during the project. She later got employed and is now working for the EPWP as a gardener.

Nora is a local store owner. During the program, she accepted payments with Vollars. This new system made her business wealthier because she suddenly had further and more frequent customers. Nora was also happy to see that, suddenly, her usual clients could afford extra items, like chocolate, cheese or crisps. In her opinion, an opportunity such as Vollar gave the users the chance to take care of themselves and solve their problems in a dignified way. It also allowed people to escape the trap of poverty while being proud of one’s achievements. As she says: “There is no shame in being poverty-stricken; there’s shame in not asking for help when it’s needed and not taking the opportunity when it’s there.”

The work in the Kylemore graveyard has continued from where it left off. If you are new to Vollar's journey with Kylemore... Kylemore was the first community we ever worked in, and restoring this graveyard was part of the first pilot we ever ran, you can read more about that on our blog. 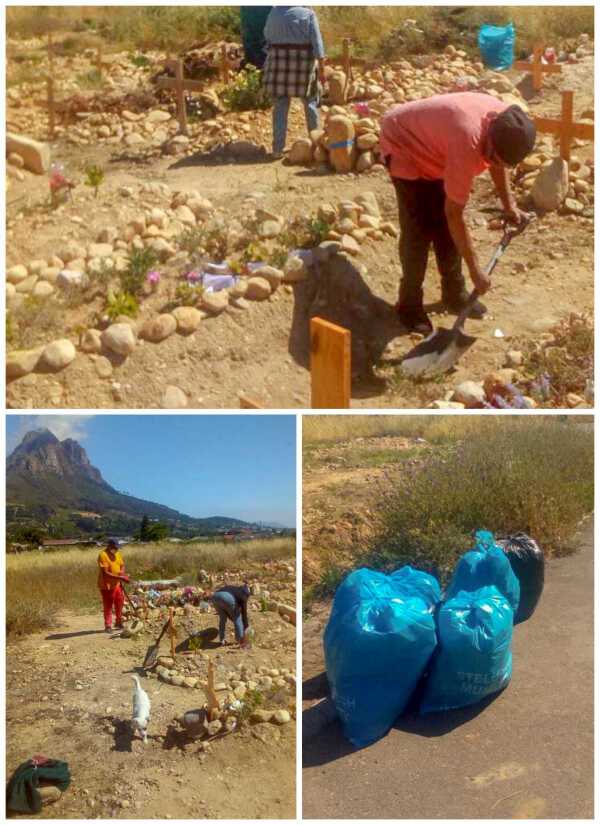