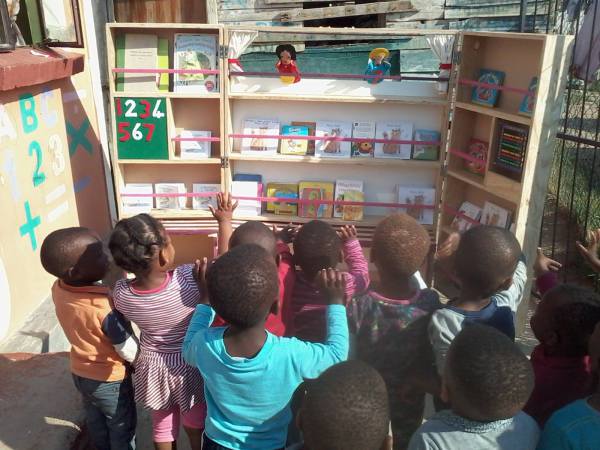 In 2016 ,local Social Enterprise .Hands of Honour and some really cool individuals distributed 20 brand new Angel Classroom on Wheels to 20 desperately poor early Learning Centres in Cape Town.We started the campaign in the latter half of 2016 and called on Corporations ,Foundations and just about anyone to sponsor an Angel Classroom on Wheels for a needy children's centre.The response was overwhelming .From Australia ,to Somerset West (SA) ,to New Zealand to the rest of South Africa, ,everyone chipped in.

The result : A whopping 40 Angel Classroom on Wheels set to be distributed in Feb/March 2017 and the year has just begun.

Thank you everybody !!! You have just changed hundreds of lives ,if not thousands .The gift of learning to read at an early age is vital and determines a child.s future.